There are a lot of myths and misconceptions surrounding inflatable boats. Unfortunately, this causes most consumers to doubt the capability of all inflatable watercraft.

That’s why, I thought it’s high time that we bust some of these myths to prove how sustainable and durable inflatable boats really are.

Here is a list of the top inflatable boat myths – BUSTED.

Debunked: This is a common notion that people get just because of the term “inflatable”. These boats, though inflatable, are constructed with a PVC or Hypalon fabric exterior, both of which are extremely durable and can withstand hitting a rock.

Most of the time, the inflatable boat will just bounce right off the rock; the best it can do is scratch the surface of the boat.

Inflatable boats have been around since 1839, and they’ve come a long way.

Debunked: While it’s true that a tear or a puncture on your inflatable boat can be alarming out on the water (and highly unlikely), truth is there is little cause for concern for the boat will not sink the way you imagine it to do so.

It will lose air pressure, yes, but these boats are constructed with separate air chambers that can hold their own air if one of them starts to leak in the middle of a trip or an operation. Rest assured, you can safely get to shore before it loses all of its air.

In addition to that, most punctures can be fixed even when you’re out on the water. The key is keeping your calm amidst the situation, and you’ll be just fine.

Debunked: Because of their lightweight feature, most people think that inflatable boats can capsize easily. Needless to say, this isn’t true.

Do you think the Coast Guard would use rigid inflatables if they were not safe?

Most inflatable boats have a v-hull or deep v-hull, especially RIBS, which are designed to allow smooth sailing even through rough waves on the sea.

Of course, you need to pay attention to what type of inflatable you are riding in. It would be silly to take a $50 raft whitewater rafting or venture out to sea, but you can do so with purpose-made inflatable boats for sure.

Debunked: While it is true that an inflatable boat can be punctured, it is NOT true that it punctures easily.

The better inflatables have abrasion-resistant and durable exterior. It takes a lot of beating before the surface gets noticeable scratches, much more a puncture or tear.

Debunked: Inflatable boats are easily inflated just like any other inflatable in this world. Sure, it takes time and a lot of hard work, if you’re using a hand or foot pump, but it’s not really that hard.

To save time, consider investing in a good electric air pump or a heavy-duty hand pump.

Myth # 6 – Inflatable Boats are Not as Stable as Traditional Boats

Debunked: Many people seem to think that inflatable boats are a lot like kiddie floaters; the truth is it’s not.

People assume that the flooring of an inflatable boat is not enough to keep anyone aboard stable, but floorings in an inflatable dinghy are relatively as stable as a traditional boat. They usually come in aluminum or hard air versions, but both of which provide a stable support for people onboard much like any traditional vessel.

Debunked: Truthfully, inflatable boats, even SIBS, have a maximum lifespan of 10 to 15 years. That’s almost as long-lasting as a traditional vessel, if you’ll think about it. The key is proper maintenance, and I assure you that your boat can live as long as other vessels.

Debunked: Contrary to popular belief, inflatable boats are not as fragile as they seem. It is highly designed to withstand a high load capacity, especially RIBS. Some commercially available ones can even carry as much as 8 people onboard, and there are several inflatable boats with capacity for 6 people. That’s more than a traditional vessel can hold.

But, of course, you should also heed the boat’s maximum load capacity. They are, after all, specified for the safety of everyone onboard.

Debunked: Just like any other watercraft, maintenance only requires the recommended cleaning procedure for inflatable boats, inspection of the fabric, and repairs if needed.

Most of the repairs on inflatable boats are relatively easy compared to other types of vessel. Not to mention, these repairs are usually less expensive than repairs done on traditional watercraft.

Myth # 10 – Inflatable Boats are Difficult to Deploy and Launch

Debunked: The best feature of inflatable boats is their portability. It’s generally easy to launch and deploy: simply, inflate it and take it to the water.

Here are some tips on how to transport inflatable boats from A to B.

Towing them behind a main ship is fairly easy too; not to mention, the risk of a towed inflatable boat capsizing is little to none.

Myth #11 – Inflatable Boats are Only Good as a Tender

Debunked: Unbeknownst to many, inflatable boats are manufactured for a wide variety of uses. There are inflatable kayaks, inflatable rafts, SIBS, and RIBS; all of which can serve many purposes and effectively perform what they are built for.

They’re only good as tenders? Nonsense. Some inflatable boats are even used in search and rescue operations and water sports!

Debunked: Wrong! There are many inflatable boats that are used for fishing specifically. Some even have included features like fishing rod holders, which are really handy during fishing operations.

You don’t believe me? Well, I guess to see is to believe. Check out these purpose built inflatable fishing boats. These are some of the best fishing watercraft in the industry!

I can even show you how to attach a fish finder to an inflatable boat, to tip the odds in your favor.

Debunked: As expected, there will be some dragging involved while getting to shore. However, the higher quality inflatable boats are constructed to handle this kind of wear and tear. They are made out of thick, durable fabrics, with some even having extra protection on their bottom.

Yes, there will be some scratches if you’re not careful, but it should stay in good shape if taken care of properly.

Debunked: Inflatable boats typically range from $100 to a little over $3,000. The price actually depends on the quality of the materials and the boat’s construction. Looking at it from a different angle, it can be costly for some people; However, you can be assured of the watercraft’s quality; some even surpasses the quality of most traditional vessels.

Compare the cost of an inflatable dinghy to that of a traditional boat, and you’ll see that inflatables are a steal. 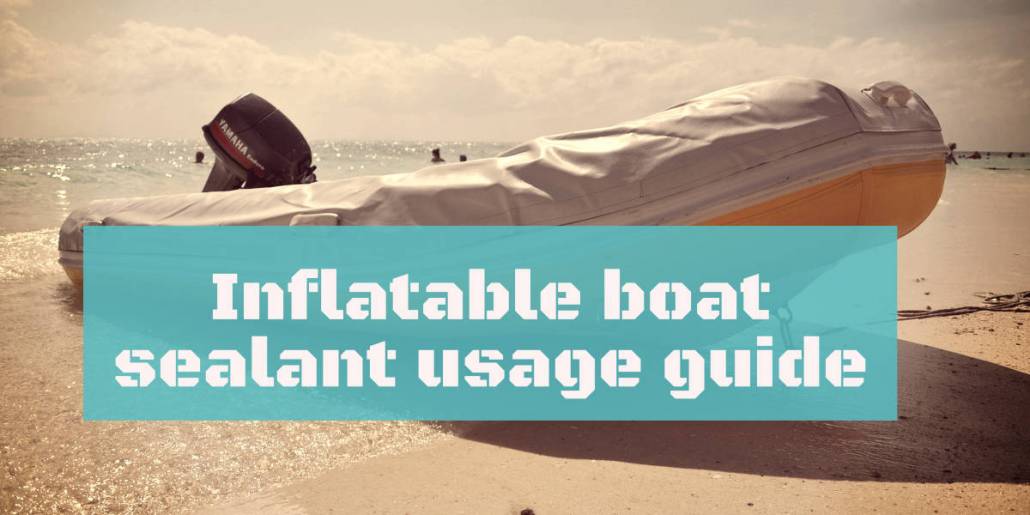 Hi, I'm Tom, the creator of PumpupBoats.com. I've been involved with every water-related sport you can imagine, and since having kids, have acquired a lot of knowledge on every type of inflatable watercraft. I love my inflatable boats, you will too!